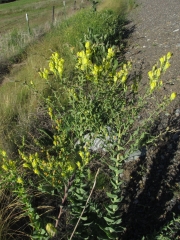 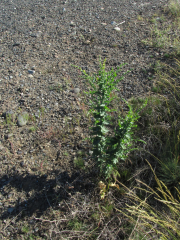 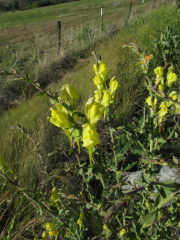 Dalmation toadflax is considered noxiouis due to its ability to out-comete native plants and desireable pasture plants. It spreads from its creeping root system and through prolific seed production. It is a short lived perennial that can grow to 5 feet tall.