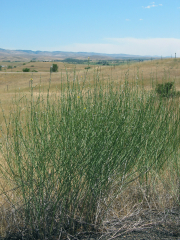 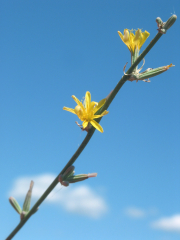 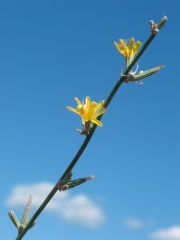 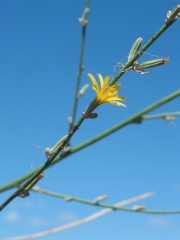 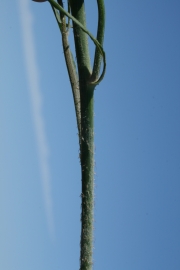 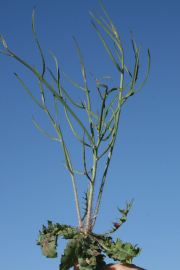 Rush skeletonweed (Chondrilla juncea) is noxious weed native to Eurasia. It is found from Sothern Russia to Northern Africa as well as from Portugal and France all the way to Turkey and Iran. The Balkans is considered the center of distribution. Like other noxious weeds rush skeletonweed is degrading the natural environment in Idaho, Oregon, Washington and California by pushing out native species. The rangelands are being affected the worst. Rush skeletonweed flowers in late August until the first frost. Flowers are yellow in color and about 1 inch in diameter with strap-shaped petals. Seed are distributed by the wind. The plant multiplies vegetatively readily from its root stock.