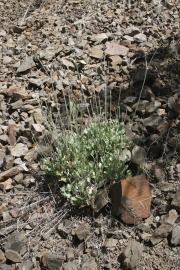 Buckwheat is a grain that has been eaten for hundreds of years in the Far East. China, Japan, Korea, and other Asian countries have long enjoyed noodles made from buckwheat flour. Buckwheat can also be used for a variety of baked products, including pancakes, breads, muffins, crackers, bagels, cookies, and tortillas among others. Buckwheat is thought of as a cereal, but is actually an herb of the buckwheat family, Polygonaceae. The triangular seeds are used to make the flour after being removed from the husk. In one pound of raw buckwheat there are 1,520 calories.