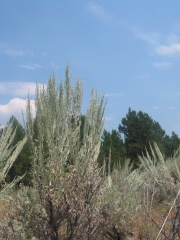 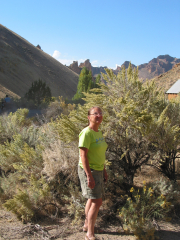 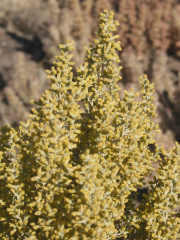 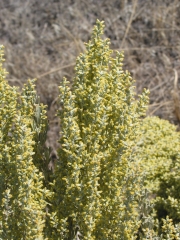 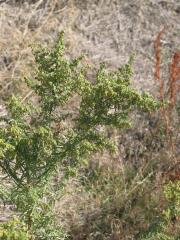 Big Sage can be found in most high desert plains of the Pacific Northwest. It generally grows to about 3 feet tall, but in deep soil it has been found up to 10 feet. Tridentata is known for its three lobes on the end of the leaf, but there are also several other sub-species. Tridentata species are a good staple for grazing animals when the ground is covered with snow. Big sage habitats provide shelter for grouse as well as their main source of food.